Skip to content
We talk to the everyday heroes who make Singapore a better place person by person, day after day. These LGBT support groups will also have a booth (or a picnic mat) at Pink Dot 2011, so come by and say hi!
QUEER BOOK CLUB
Who they are:
The Queer Book Club was founded in 2008 by Zhuang Yisa, Isaac Kang and Aaron Ho. The idea was born after they attended an Indignation night hike and talked about books. Two months later, the Queer Book Club page on Facebook was set up.
What they do:
The group meets up every 3rd Thursday of the month to discuss a book. Aaron says, “We’d do a gay novel in the first month; a lesbian text in the second; and queer in the third. By queer, we mean any books to do with sexuality, including novels on transsexuals, transgenders, transvestites, bisexuals, and intersex.”
How to get in touch:
Check them out on Facebook, or follow the blog “http://queerbookclub.wordpress.com/“
And the best way? Show up at the monthly meeting. 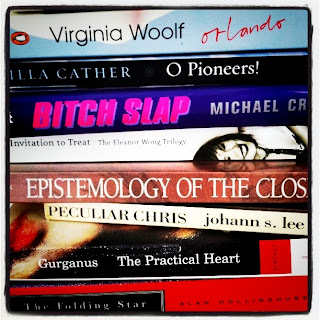 [Snapshot]
The Queer Book Club is a monthly book club (every 3rd Thursday of the month) for everyone in Singapore. The group focuses on queer literature, rotating between three categories: gay; lesbian; and transsexual/ transgender/ bisexual/ intersexual/ queer novels. The book club is an all-inclusive, non-discriminatory group. Everyone, regardless of sexuality, age, gender, sex and race, is welcome.
[Q&A]
We talk to Aaron Ho, one of the founders of the Queer Book Club. He shares with us how a group of book lovers seek to create an all-inclusive, non-discriminatory group by turning to the pages. The group proves that the pen is indeed (at times) mightier than the sword. 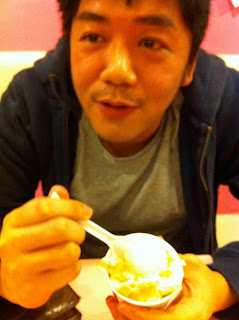 Why did you form the Queer Boo Club?
In Azar Nafisi’s Reading Lolita in Tehran, she formed a book club with seven of her best female students under a repressive and patriarchal regime. Although the students were apprehensive at first, through reading banned, illegal Western novels, the women came to question their social, cultural and political environment.
Of course, all the books we’ve done can be found in the Singapore National Library, so none of them is illegal. But our goal is similar to Reading Lolita in the sense that we want to think critically of our lives because, as Socrates said, “The unexamined life is not worth living.” We want to live. And books often act as mirrors for us to reflect our lives and the society we live in.
In your opinion, how does the Singapore public now view the LGBT community?
By and large, Singaporeans are more accepting of gay people these days. I’ve seen men holding hands and lesbians kissing on a MRT train. No one has STOMP-ed them yet.
How do you think events/groups like Pink Dot help LGBTs living in Singapore?
Any visibility about LGBTs is a good thing. On a personal note, a straight friend is organising our group of common friends to go to Pink Dot and she asked me to go! It is quite heartening to know that straight people support the event.
What’s your favourite LGBT book?
I finished reading Bram Stoker’s Dracula, written in 1897, in a night and the novel got me in a feverish existence for days. Come on, it’s about five men hunting down a virile man, desiring to stake him! Even hotter than Twilight, which is about two pathetic men using a girl as a smokescreen for their homoerotic fantasies.
What book would you recommend to:
a. a teenager who is in the closet
Brent Hartinger’s Geography Club. A few gay students set up “Geography Club” as a cover story to discuss issues on their sexuality. The Young Adult novel is realistic and, at times, painful. I think the message of the book is that while it may be traumatic to come to terms with oneself and takes a lot of courage, the other alternative, of always repressing oneself, is worse. 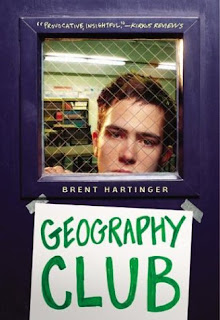 b. a straight guy/girl who just found out his/her best friend is gay
It depends on whether the straight person is accepting of gay people in general. If the straight person already has a prejudice (and I’ve friends like that), nothing you do or say can change that person’s mind. I’ve tried for 10 years and my friend is still homophobic.
If the straight person is uncertain, Alex Sanchez’s Getting It is a good choice because it tells a story from a straight boy’s perspective, of how he comes to understand gay people, and in the process, he becomes honest to himself.
If the straight friend is already accepting and wants to know about the psychology of gay people, then there are too many novels out there. My favorite writers include Sarah Waters, Ali Smith, Paul Monette, and Michael Cunningham and Andrew Holleran. You’ll notice that transgender books are missing in my recommendation because there ought to be more books about the subject. 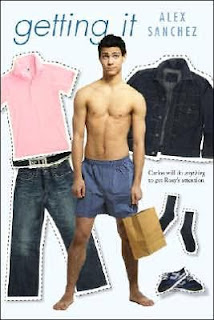 You ask, we answer!

Thank you for supporting the freedom to love