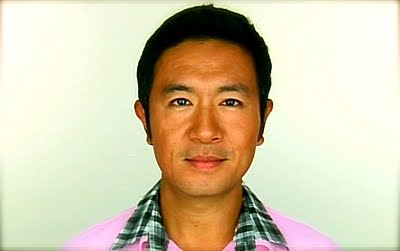 It sometimes takes a life-changing experience for someone to gain a fresh perspective on life. For Adrian Pang, one of the most prominent faces in the Singapore film, television and theatre scenes, it took a few personal crises.

Having just turned 44, Adrian has been through several personal crises over the last few years. Each time, existential questions about life and life’s purpose would enter his mind and bother him for days on end. But through overcoming them, Adrian felt a renewed sense of purpose in life: “It’s so easy to be caught up in the daily rush of life and forget what’s important,” he noted. “I want to make this second half of my life count.”

To kick things in motion, the veteran actor left MediaCorp TV in March, after a three-year stint. He has since started ‘Pangdemonium! Productions’, a theatre company, with his wife, Tracie Howitt – also a familiar name in the local theatre circuit. His motivation: to rediscover his passion for the stage, where he had first started out.

Adrian signed up as ambassador for Pink Dot 2010 because he shares in the belief that everyone should be free to love. “Lately, I’ve been thinking a lot about life and my place in the world in the grand scheme of things, especially about my role as a husband, father, son and friend. The conclusion that I’ve come to is that we are nothing without love; we are nothing without the freedom to love and to be loved,” he said.

He admitted that talk about ‘freedom’ and ‘love’ may sound clichéd or corny to some, but he maintains that not enough has been said about these life-affirming values. “Life’s too short. If you don’t make it count and you don’t make it matter by being able to give love or have the opportunity to love back, then life is meaningless.”

For Adrian, Pink Dot is a meaningful symbol of how we all have a right to love and be loved, regardless of who we are or whom we love. Such are the values that he wants to impart to his two boys – to teach them that life is so much happier when we live with love, understanding, generosity of spirit and compassion.

The ‘Family’ theme for Pink Dot 2010 is also significant. “As a father, I try to lead by example. I try to be real, to be benevolent, to demonstrate what’s right and wrong, good and bad, and all of that. I don’t always get it right, but the one thing that my wife and I have always been very adamant about is to teach the boys to be loving individuals.”

Adrian chose to champion Pink Dot, in particular, because it represents the freedom of LGBT Singaporeans to live meaningful lives. He recalled the story of a friend from school who had struggled with his sexual orientation for a very long time.

“He was very talented, but always very reserved. He kept to himself a lot of the time. There was something about him that always struck me as ever so slightly mysterious, but nobody questioned him,” he said. It turned out that this friend had deliberately kept himself at a distance. Many years would pass before he finally “confessed” his “deep secret” to a mutual friend.

“His parents didn’t know, his friends, even gay friends, didn’t know. He struggled with this for years. This was something that he wasn’t comfortable with, even within himself, for a very long time. It was only when he met someone, in his late twenties, that he found himself unable to hold it in anymore and he finally admitted to himself that he’s gay.”

This is a story that saddens Adrian because he believes that no one should have to go through such struggles alone – of being in denial and not having anyone to talk to.

Adrian believes that open minds and open communication channels are key to strong families. His idea of a close-knit family is one where family members feel safe and comfortable enough to share openly and honestly. This, of course, is an idealistic notion to strive towards. In reality, things are not always so simple as “you can’t choose your family”.

Many LGBT Singaporeans rely on their friends for support, not their families, he observed. While some level of support is better than no support at all, LGBT Singaporeans stand to lose out on strong family relationships.

“I know this won’t come easy for a lot of people. To be able to come out is a huge deal,” he said. “Admittedly, sexual orientation is a huge part of who we are as individuals. It doesn’t define a person, but it is a big part of what that person is about. So if you have family or friends who cannot accept that part of you, it kind of denigrates the relationship.”

Adrian’s view is that such patterns are not likely to disappear anytime soon as the wider society will take some time to understand LGBT issues. That is why Pink Dot is significant. For him, it represents a start to building positive attitudes for a more open and inclusive society.

So while the Pink Dot 2010 ambassador does not expect Pink Dot to “revolutionise people’s views”, the goal behind his involvement is simple: to help make individuals and families more aware, so that they can touch people’s lives in meaningful ways.”

On that note, what might Adrian say to his sons if either of them were to come out to him? His answer: “Thank you for telling me. You’re my son and I love you.”

Pink Dot 10: Bring your IDs and other tips

Making your own pink lights!