The feeling of falling into a deep pit is how Yiap Geok Khuan, 67, would describe her state-of-mind when she first received word that her daughter, Eileena Lee, 38, is gay.

Tears filled her eyes before she even heard the words. She had been in denial for years and her greatest fear was about to be confirmed – that the daughter she once dressed up in her own image – would turn out to be lesbian.

The bearer of the news was not Eileena though. It was her younger brother, who decided to call his mother at her office one afternoon, all the way from Australia, where he was studying.

Eileena had confided in her brother, and he chose to speak with their mother about it. His intention was not to tell on his sister, but rather, to ask Mdm Yiap to give Eileena emotional support, for she had been struggling with her sexual orientation for a very long time.

Mdm Yiap still vividly remembers that fateful day, down to the exact words her son had said to her over the telephone: “Mom, you have to remain very calm. I have something to tell you that’s very important, and I need you to be calm when I say it because this is not something that we can control or change, and we have to accept it as it is.”

This was back in 1995, long before pink dollar, pink tourism, penal code 377A or the AWARE saga found their way into the Singapore consciousness. 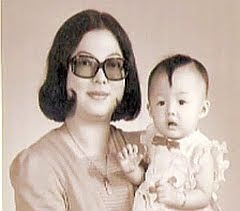 Highly distraught, Mdm Yiap began her search for answers. She looked around for information and literature about homosexuality, not quite knowing what it was that she was looking for. She admitted that she was flustered and “in two minds” about the situation. On the one hand, she was hoping to find answers on how she could change Eileena – to make her straight. On the other hand, she knew, deep down, that she may never find the answers she was looking for. This meant that she would eventually have to face up to reality.

During this period, Mdm Yiap did not confront her daughter on what her son had revealed to her. She was not ready for that. She chose avoidance instead. So from 1995 to 2001, Eileena became “invisible” to Mdm Yiap and their relationship turned cold. Mdm Yiap would take a “passive-aggressive” tact when interacting with her daughter, picking on insignificant, minute details to signal her unhappiness.

“I was confused and I may have given Eileena the impression that I didn’t love her then,” she said. “That’s not true at all, of course. My thoughts at the time were that I didn’t want a daughter like that; I didn’t want a gay daughter. So I avoided her because I needed to escape that reality. On the surface, I appeared very cold, but in my heart, I was always concerned about her,” she said.

All the books that Mdm Yiap had read about homosexuality were of little help. For sure, she received greater clarity on the facts and issues, but none of that knowledge adequately addressed her emotional distress at the time. She remembered reminiscing a lot about simpler moments in the past, where she would dress Eileena in pretty dresses. 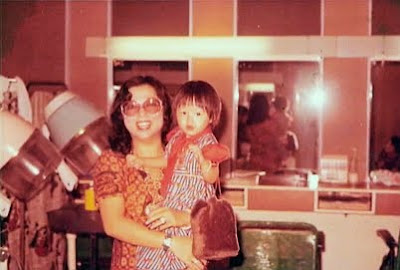 “I was quite vain, as a woman, and I cared a lot about looks. I wanted Eileena to be pretty, and she was such a pretty girl when she was younger,” Mdm Yiap recalled.

“All through her primary school, Eileena was like any other girl. But when she started secondary school, she became quite rebellious. She was hot-tempered and she didn’t want to talk to me even though I tried very hard to communicate with her. She kept avoiding me and I grew increasingly worried for her. She knew that I loved her femininity but she became a tomboy and stopped wearing skirts. The harder I tried to coax her, the angrier she would be with me.”

Desperate to connect with her daughter, Mdm Yiap resorted to spying. She would sneak into Eileena’s room, hoping to find a journal or a diary.

Looking back, Mdm Yiap said she spent too much time and energy searching for answers. It was futile because she was never satisfied with whatever it was that she found.

In 2001, after six years of reading and researching, Mdm Yiap confronted her daughter. With a deep breath and a heavy heart, she went to Eileena and asked, “Are you abnormal?”

Half an hour later, she went back to her daughter. This time, she asked, “Are you gay?” 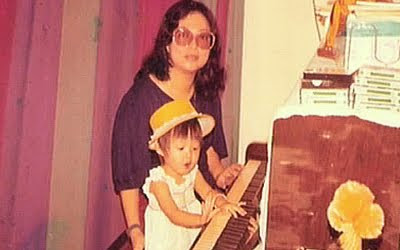 Things did not improve immediately between the two. According to Mdm Yiap, she continued to feel a “knot” in her heart, but their relationship gradually took a turn for the better.

Although Eileena now jokingly refers to that episode as one where she was “dragged out of the closet” by her mother, she admitted that if not that confrontation, she would not have chosen to tell her mother.

“Like a lot of gay people, I had thought that telling the parents was a selfish and hurtful act,” Eileena said. “My mother didn’t accept it quickly. At the time, she also blamed herself.”

Although she had exposed herself to information on homosexuality, Mdm Yiap continued to think that Eileena might have become gay because of something she did or said. “I didn’t understand what homosexuality was about. I thought Eileena was gay because she thought being gay was cool. I thought it was through the influence of her friends. I thought that maybe she was just being rebellious.”

Eileena did not aim for her mother’s acceptance. Instead, she wanted to reconnect with her mother as her honest, authentic self: “When we start to lie, we need other lies to cover up, in order to protect that first lie. Then it all builds up. Soon, your whole life becomes a lie and you lose yourself.”

While in the past her words would arouse her mom’s suspicion, Eileena’s honesty was reassuring for Mdm Yiap. “Eileena helped me to understand who she was. She brought her friends back home, usually large groups of friends, and from the sidelines, I observed them. I realised then that not all gay people were what I had imagined. Not everyone fit into that image that I had in my head. Almost all of them were highly educated and had successful careers. Everyone was polite and kind.”

Aside from “spying” on Eileena’s friends, Mdm Yiap would also listen in on Eileena’s phone conversations. She realised that Eileena was spending a lot of time counselling others. She witnessed how Eileena would go out of her way to help others, sometimes even talking people out of suicidal thoughts. “My observations tell me that she’s got a loving and kind heart. Many people could see that. My pastor likes her very much too. And even though Eileena’s Buddhist, she would offer to help out at my church,” she said. 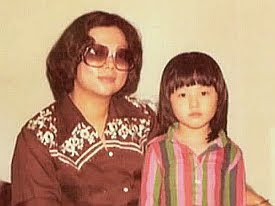 In 2002, Eileena’s father passed away. Shortly after his passing, the family business encountered several serious setbacks. This was a business that Mdm Yiap had painstakingly built from scratch, so it mattered greatly to her. But after a series of lawsuits and losses, she decided to give up the business and retire.

The incident still upsets her, but it also represents a turning point for the way she felt towards Eileena. “Eileena encouraged me to go to church. She persuaded me to talk to my pastor. She even brought me to church. If not for all of that, I believe I might be mentally unsound today,” Mdm Yiap said.

For Eileena, that difficult period signalled to her the importance of family. “I never really had a strong relationship with my mom. After my father passed away, we had to learn to live with each other – because we had to. I saw that she was going through a lot of sadness [at the time] and I felt it was necessary for me to support her, because, come to think of it, I spend a lot of time helping people who aren’t even family, so why shouldn’t I give more to my family?” 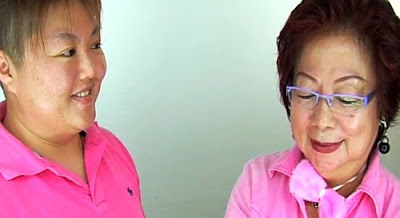 Reflecting on the entire experience, Mdm Yiap concluded that things only got better when she learnt to open her heart and her mind. To do that, she had to let go and not try to control what God had given to her. Adopting this mindset, she said, allowed her relationship with Eileena to grow by “leaps and bounds”.

Today, Mdm Yiap is proud to support initiatives like Pink Dot because she believes her own experiences can go towards reassuring other parents. “To me, the parent-child relationship is priceless,” she said. “As parents, we need to show our children love and support, so that they can be happy individuals who will give back to society”.

Mdm Yiap personally believes that life is better when everyone treats each other with love and care. She says this is what her religion has taught her. “Gays are people, and so, like anyone else, they need love.”

Mdm Yiap recognises, of course, that this sentiment did not come easily to her, and so she offers her story in the hope that other parents might benefit from it.

“From the bottom of my heart, I want to share with the parents of LGBT Singaporeans, some of the key things that I have come to realise. First, nobody chooses to be gay. Homosexuality is not a disease or a disorder. How they feel comes naturally to them, and I believe that this is what God had intended for them, and also, for us,” she said.

“Love and acceptance should start at home. As parents, if we do not show love to our children, how can we expect society to do the same? So I hope that parents will love their children for who they are. They are God’s gift. When our children receive love and acceptance at home, I believe that they will go on to live their lives with love, and contribute to society in meaningful ways.”

Pink Dot 10: Bring your IDs and other tips

We have a date!