Skip to content
“When you walk out on the street you have to face the cold hard facts, the world, and the way people look at you…it’s hard. Home is supposed to be the safe place where you can go to for warmth and love, and at the end of the day it’s good to know that there’s somebody you can go home to, who doesn’t judge you, who loves you for who you are.” 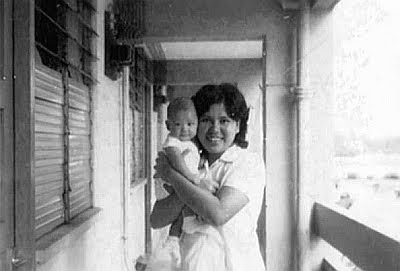 Jamie Yee, 36, is a post-op transgender person. With the love and support of her family, Jamie, at the age of 24, underwent an operation to become what she had always felt she was: a girl.

From the age of five, Jamie knew she wasn’t quite like the other boys. Rather than sharing in the rough-and-tumble activities with them, she found herself gravitating towards girls’ toys, like cooking sets and dolls. One of her earliest recollections was when she was asked to colour a cow, and she did so – in purple – and all the time insisting that such an animal existed, despite everyone telling her it wasn’t the norm. 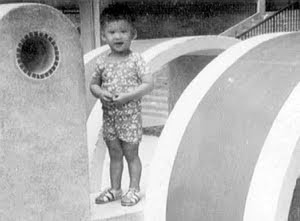 Jamie’s Mother, Mrs Yee Yoke Lan, 58, had also known early on that her child was special. “As she grew up – I think it was mother’s intuition– you get to see that she was very different. Although she was born a boy, she was very gentle. And when her sister was born – Jamie was 6-plus at the time – she also played with her sister’s toys.”Awareness did not lead to acceptance though. Mrs Yee spent years in denial, in the face of increasing evidence of her daughter’s identified gender. During her medical check-up at secondary four, Jamie’s school doctor had called Mrs Yee in to tell her that Jamie was “special” , and although she was taking her ‘O’ Levels at the time, she should not be stressed.

“The doctor didn’t tell me exactly why at the time, why she was special. But in my own heart, I knew.”

It was not a feeling that Mrs Yee was ready to acknowledge, however.“I was actually trying to deny (knowing) and hope that it will not be what I thought. As her mother I would always go to her room to tidy up and check (on her). And I would find traces of her cross-dressing – but I did not question her. Maybe I was afraid to face the truth.”

To make matters worse, work stress added further to the confusion arising from having to bring up a child like Jamie. They were taking their toll on Mrs Yee and she started contemplating suicide – a thought that she kept from everyone, including her husband.

Communication between Jamie and her father fared no better. Her father, Yee Chang Kim, 70, had little awareness of events at home; Mrs Yee had not shared her feelings with him.

“At the time, my working hours were very long, so I did not think very much of it. As her father, I found it very difficult to express my concern for her,” he said in Mandarin.

Through her teenage years, Jamie struggled to come to terms with her identity, and how she was going to break the news to her parents. Jamie tried to distance herself from them as much as she could, she would come home late to make sure no one would see her at night, and would sleep in late to make sure no one saw her in the morning when they went to work.

Her parents eventually found out when Jamie was called up for National Service.

When she went in for the routine medical, she confessed to the medical officer that she was transgendered. Her parents were subsequently asked to attend a meeting with the psychologist.

“I think it was a case of either denial or don’t-ask-don’t-tell. Sort of ‘maybe he’s going through a phase, he’ll get over it’ sort of thing. But they went ahead with it and I had to do the whole two years of National Service,” Jamie said.

“What the psychiatrist said was that maybe it’ll make me more of a man after it – but apparently not.”

Crucially, however, Jamie’s mother was opening to the idea that her son was really her daughter. Through her own very difficult period, while wrestling with thoughts of suicide, Mrs Yee went for counselling courses. It was there that she began to open up and learn more about diversity in human sexuality.Transgendered people are individuals who express their gender in a non traditional manner. In Jamie’s case, she was born physically as a man, but sees and expresses herself completely as a woman. In practical terms, she has always been a female, but requires gender reassignment to fully express it.

Mrs Yee knew this. She knew that gender identity issues aren’t easy to deal with, and that family support can help her daughter. “I don’t think they have a choice”, she said, “sometimes they are born in this way, so they need the help and understanding from their family to help them and to believe in them.”

After NS, Jamie started to transition. “I read from a lot of books that it’s actually better to try and live your life as a full time girl to see how would blend in and cope with that.” During this period, Jamie worked at a restaurant, dressed up as a girl, to save up money to go for a gender reassignment operation in Thailand. But she was faced with a painful choice.

Her mother had cautioned her not to “do anything drastic” until after her father had passed on, given how conservative he was. But deep inside, Jamie was torn.

“It kept going on in my head that it’s not fair of me wishing that my Dad would pass on so that I can do what I want to do. It was a choice between going ahead and doing the surgery without their blessing in Thailand, or coming straight out and getting their blessing – which would be a lot better for me as well,” she said.So Jamie approached her mother about the gender reassignment surgery, knowing that her mother was not closed to the idea.

Mrs Yee listened, then promised to talk to her husband on Jamie’s behalf. For them, choosing to give Jamie their blessing, or not, represented the choice between supporting their daughter through a major turning point in her life and keeping her, or further estranging their daughter and themselves, while leaving their daughter to an uncertain fate. 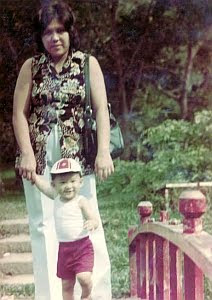 It was a very difficult choice for Mr Yee.

“Jamie’s my child. When she said that she wanted to go for the operation, my heart ached quite badly. It was a very difficult time for me. I kept asking myself: how is it possible that a child of mine could turn out like that? I found it so difficult to accept the reality”, he said, “but I thought, If I try to stop her, what will be the consequences? So I thought that the best thing for me to do, as her father, was to let Jamie decide for herself. This is something that she’s been wishing for, for a long time, and I want her to be happy. I feel that if I had tried to stop her, she might have a very different outlook on life and I feared that something bad might happen to her. So in the end, I gave her my blessing to go for the operation.”

“The decision was made because we don’t want her to, because we already know that she has decided to go ahead, we don’t want her to go to a foreign land to take the operation where her family were not around. So we decided to let her go ahead and do it in Singapore where we feel that with us around giving her the support it would be much safer, we would feel better, and also in our heart we were thinking at least we have a child”, said Mrs Yee, “because we don’t want to lose a child, that’s the main thing.”

Mr Yee agreed, “I’m her parent, so it’s my responsibility to see that she lives and grows as a healthy and happy individual no matter what she may be like. I cannot abandon her.”In fact, Mr and Mrs Yee not only supported Jamie’s decision, but also arranged for her to have it done in Singapore, at a cost of more than $10,000.

“We used our Medisave and our savings to help her, to help pay for the operation. Because she had to stay in an ‘A’ Class ward, it was very costly, but we think it was worth it. We would be around in case of any complications,” said Mrs Yee.

Additionally, it was also Jamie’s mother who helped her inform the rest of the extended family, seeking their support as well.

“It was very difficult to break the news to the family but I have to do that because I want them to accept”, said Mrs Yee, “it’s Jamie’s choice and we have to respect her decision.”

And to Jamie’s amazement, when she awoke, she saw not only her own parents smiling back at her, but also her entire extended family, their support and understanding made real. 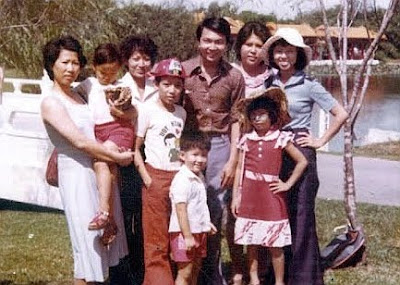 Sharing the moment, Jamie’s mother said, “We felt happy that she had woken up from the operation, that’s the most important part… the priority was that she’s safe and healthy after that.”

Twelve years later, Jamie is a successful post-op transgender female. She is now a registered nurse, and is no longer afraid of showing herself to her family. She attends family gatherings, and readily shares her problems with her parents, who go on to support her in whatever way they can.Jamie’s mother said, “Jamie has to face the world bravely and understand that there will be many who will look at her with different feelings and different thoughts… She has to know that her family understands and wants to help to continue her life and to live happily.”

And how does Jamie feel? “I am very lucky in the sense that I’ve got great parents who are supportive and it’s like now when I go out with them and they introduce me as their daughter, as their eldest daughter… It’s little things like that which I feel I’m thankful”, she smiles, “Although sometimes, my Mum still forgets and calls me by my boy’s name. But that’s fine.” 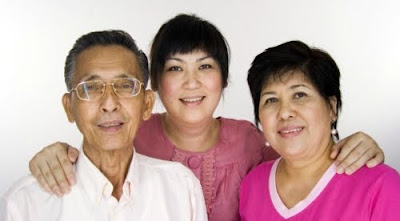 Pink Dot 11: Calling on Singaporeans to stand against discrimination