Two brothers; two years apart. One is a man of the arts; one is studying political science. One is an introvert; the other is an extrovert. One is straight; one is gay. Meet Joel and Joey Kang, 22 and 24, both undergraduates at a local university.

However, the one thing these two brothers have in common is their love and appreciation for family. Despite their different interests, they both love each other fiercely for whom they are. Joey, the elder of the two, describes how he first realised his younger brother is gay: “I wouldn’t say that there were instances when I expected anything. Growing up, I didn’t have any suspicion or inkling he is gay.

“He had this friend who started staying over for extended periods of time. After a while, I started to suspect that there was something different. We didn’t really talk about these things, basically it was like ‘you do your own thing, I do my own thing’. “It got to the point that my parents even started buying breakfast for the friend. They didn’t even buy breakfast for my girlfriend!”

His younger brother chuckles, but admits that he never really told Joey upfront that he was gay. Well, till this interview.

“We were at the point in our lives where we were busy doing our own things. I didn’t really come out to him explicitly, I only implied. But there came a point where he referred to my boyfriend then as my boyfriend rather than just a friend, and that was when I knew he knew.” 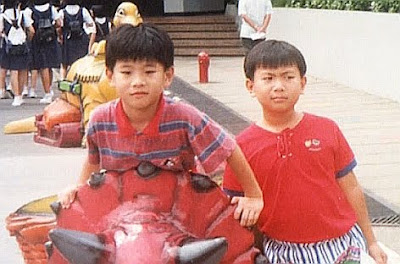 Joey, who is in a choir and sometimes works with the Singapore Lyric Opera, says that Joel’s coming out was a surprise, but something he took rather easily in his stride.

“In my group of friends, we are mostly amicable towards gays, since we are used to people from all walks of life. But when I first found out about my brother, you know, you don’t really expect these things to happen within your own family. Our family is super traditional – the whole thing about blood relations is very important, and it’s one thing I think about often.

“But then it became about acceptance, and I got used to his boyfriend being with the family. I think it’s cool that I have a gay brother. Well, I think he’s cool, anyway.”

When Joel finally did come out to his parents in a face-to-face talk, it was still an emotional experience which took quite a bit of courage.

Joel said: “When I came out, my parents were generally quite okay with it, although it was a shock at first. It’s been a few years, and they have dealt with it on their own terms a little more. My mom cried when I first came out, and, asked questions like, ‘Why, you should have told us earlier and we would have sent you somewhere’ – yes, she actually said that. 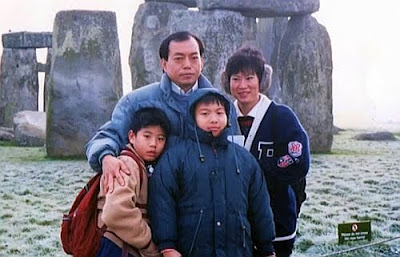 “My dad said he is quite liberal, and was ok with that sort of thing. But one day, when he saw me with a female friend, he asked if that girl was my girlfriend. I was quite taken aback, and left the room after a while. Later, I listened in to them talking about me, and my dad was saying stuff like, ‘maybe he used to like to eat fish, and now he likes to eat meat’, and Joey was saying ‘no, if you like to eat fish, you like to eat fish…”

Joey chips in: “Yeah, I think part of him still thinks you might settle down with a girlfriend…”

His brother continues. “My mother is better with it now. I have had some moments in my life where I was going through difficult times, being heartbroken and all, and she was there for me. I guess, ultimately, I am her son.”

Joey says: “I try to explain to my mom sometimes, that some people like vanilla ice cream, others like chocolate ice cream. There’s nothing wrong with that, it’s a preference. I think everyone has to put in effort to pull the family together.”

For Joel, coming out to his family and having them accept his sexuality was an important and affirming event.

“To me, family is a group of people who go through the toughest times with you, and come out at the end, knowing you better, and loving you more, if not the same, regardless of what it is. There can be blood ties, or friends.” 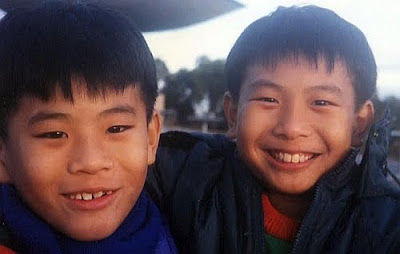 “Family acceptance is important to me because when you think about it, that’s all you have – people who are going to be there for you, no matter what. And at the end of the day, you want to know you’re not alone in the world. But you are surrounded by people who love you: parents, siblings, friends, I think that is so important. In a world where there is so much war and hate, what’s wrong with a little more love?” 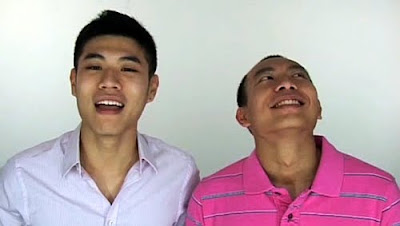 We have a date!

Pink Dot 10: We are ready for a truly equal and inclusive Singapore