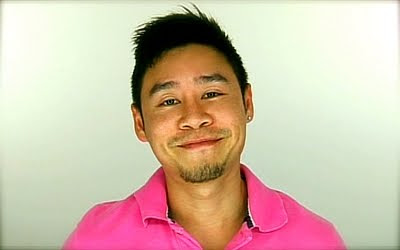 Coming out of the closet is seldom easy. Just ask DJ Big Kid (otherwise known as Johnson Ong), a prominent name at dance parties across Asia.

Big Kid is Singaporean, gay, and closeted to his family. In fact, this story might be his way of leaving the proverbial doors open for future conversations with his loved ones. “I grew up in an environment where I was told being gay is wrong; that I needed to cast out the demons,” he said.

He suspects some members of his family might be aware of his sexual orientation. But so far, none of them have confronted him. He’s pretty certain that this same dynamic applies to many gay Singaporeans – a code of ‘don’t ask don’t tell’ within families, so as to avoid difficult conversations.

“Parents have a certain expectation of their children,” he noted. “Because of these expectations, you feel that there’s a need to keep up the charade. If you don’t, then you’d fall short and disappoint everyone.”

As a country, we think of ‘family’ as being core to our values, yet the idea of having an LGBT family member would be unfathomable for most Singaporean families. Hence, we dodge, pretend and avoid, so as to maintain harmony, Big Kid said.

“I think, a lot of times, this issue drives a wedge between sons and daughters, with their parents. There’s that ‘need’ to hide who you are, that ‘need’ to keep up with appearances, and because of this, you cannot reveal your true self to the people that you love – your parents, extended family members, friends, old classmates… It keeps everyone in the family from having a truly close relationship.”

He recounts the story of a friend, J, who fell ill and had to be hospitalised. J is gay and was, at the time, not out to his family. J’s partner had alerted J’s family about the situation, and he would, subsequently, continue to provide regular updates to J’s mother about the condition of J’s health.

The way in which J’s family had managed the situation stuck with Big Kid because it exemplified what he perceived to be a particularly “Asian” approach of tiptoeing around the elephant in the room. Everyone in the family knew what was going on between J and his partner but no one would talk about it, he said.

“It didn’t matter to the mother what relationship J had with his partner. What mattered to her was that this guy cares deeply about her son, which was something that she could recognise quite clearly. Next thing you know, when she’s making chicken soup for J, she prepares an extra portion for J’s partner.”

For Big Kid, the story reflects the way in which most Singapore families might manage and accept the presence of an LGBT member: “quiet acknowledgement”. However, he believes that family relationships will be stronger when family members communicate more openly – “So that they can be the ones you turn to,” he said.

For that reason, Big Kid said ‘yes’ to being a Pink Dot 2010 ambassador. “Last year’s Pink Dot was a fantastic effort… and it’s a simple thing that we can do once a year to say that LGBT people are a part of the Singapore family.”