Skip to content
We talk to the everyday heroes who make Singapore a better place person by person, day after day. These LGBT support groups will also have a booth (or a picnic mat) at Pink Dot 2011, so come by and say hi!
INDIGNATION

The Singapore Pride Season, the annual LGBT festival of Singapore

To establish an annual platform for LGBT expression in forms of art, music, texts, films, talks and other forms discovered hereafter.

How to get in touch:

IndigNation, the Singapore Pride Season, turns 7 this year. A social and artistic event, it engages with the mainstream public and raises awareness about LGBT culture in everyday life. 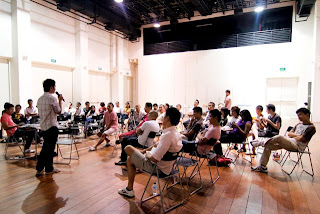 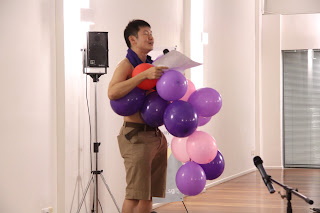 Pink Dot speaks to the current programming director, Jun Zubillaga-Pow, and finds out more about his aspirations for the festival.

How did the idea for IndigNation come about?

The Pride season was their reaction to the ban of the Nation parties organised by Fridae, which have had a strong following in the early 2000s. In 2005, IndigNation was inaugurated at The Substation before moving to The Arts House and 72-13 Md Sultan Rd in the last couple of years. There were then lots of talks and discussions, bringing people from all walks of life into a common space for a common cause.

After the 377A parliamentary debates in 2007, the festival took a different turn towards erecting a platform for LGBT expression. We had a month-long season in 2009, filled with music, films, poetry recitals, art exhibition, a nature walk and picnic as well as a series of talks on gay history, religion, media, youth, and transgender issues.

Has the event had any resistance from the authorities?

I don’t think perceiving the government’s reaction as ‘resistance’ is helpful to the situation here in Singapore. The reception of LGBT-identified people continues to vary from person to person. The role of the authorities is to take care of her people, which should also include LGBT interests. However, there remains a lack of education even within the civil service on the commonality of LGBT people in everyday Singapore.

What can we look forward to in this year’s IndigNation?

The theme of this year’s Pride Season is ‘Proud to be…’ and I hope to inspect the very moment LGBT people turn their lives inside out and become who they really are. As the main festival highlight, I have curated three evenings of silent films, all bearing the narrative of transformation. We have deposited these films with the Board of Film Censors and hoping that they will grant Singaporeans, gay and non-gay, the chance to catch these classics. One of them will be scored by our local whiz-kid Chong Li-Chuan specially for IndigNation. Kudos to his earnest contribution despite his busy schedule and family life!

In addition to this year’s featured filmmaker Lincoln Chia, several artists will be showing their artworks at an art exhibition curated by rainbowartsproject at the Dahlia Gallery. There will also be the song and prose evening, ContraDiction, which is definitely going to be filled to the brim again this year. Not forgetting the unoffical Pink Picnic on National Day, the hyper-young SgRainbow will host a discussion on how youths can steer their own future for themselves.

What do you hope IndigNation will grow into?

There are two groups of people who IndigNation would like to reach out to, and these are the Chinese-speaking and reading communities of both the young and senior generations as well as the international LGBT conglomerate. We are also looking to introduce foreign acts, in the form of speakers or films, into the festival and hope to establish more diplomatic relations and established a full-fledge Singapore Queer Film Festival in the near future.

We are also intending to bring the festival to the heartlanders and ascending support from the CDCs or other forms of corporate or governmental aid would buttress substantial growth for this grassroot initiative. We have catered to the hearing-impaired and the physically-disabled in the past, and will present the visually-impaired to our audiences this year. Our aim remains to inculcate the values of acceptance and inclusivity within the greater Singaporean communities.

What are you wearing to Pink Dot?